Alkaline phosphatase An enzyme produced by osteoblasts that is believed to play a role in the mineralization of bone.

Chondroblasts The cells that form cartilage

Diaphysis The shaft of a long bone

Endochondral ossification The formation of bone within a cartilage model

Epiphysis The region of bone across the physis, just below the articular cartilage

Hypertrophic zone A layer of large, plump cells in the physis that assists in mineralization of the cartilage

Infarct An area of tissue that is cut off from its blood supply, becomes ischemic, and dies

Metaphysis The region of bone just below the physis

Mineral homeostasis The function of bone responsible for the storing and releasing of ions, principally calcium

Morphogenesis The development of the skeleton in utero

Osteoblasts The cells that synthesize the organic component of bone; also thought of as the bone-forming cells

Osteocytes The cells of established bone

Proliferative zone A layer of stacked cells in the physis that synthesizes proteoglycans for the cartilaginous matrix; also has the most extensive blood supply within the physis 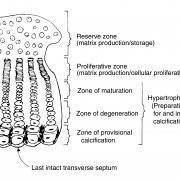 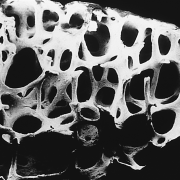 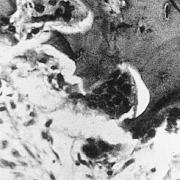 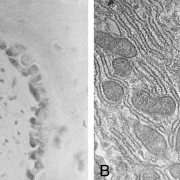